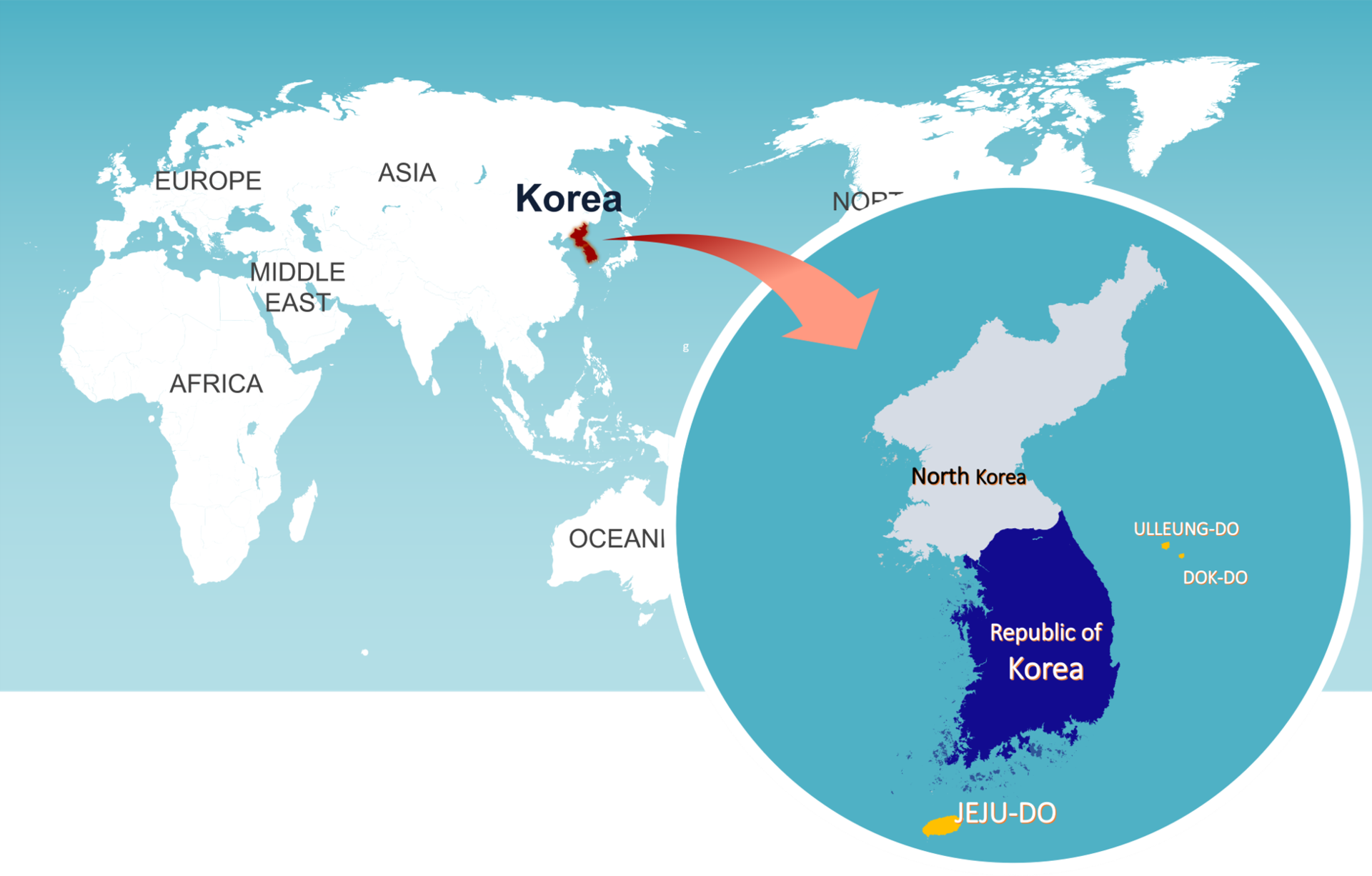 The Korean peninsula, roughly 1,030 kilometers long and 175 kilometers wide at its narrowest point, is located in Northeast Asia. With Seoul as its capital city, Korea's total land area is 100,363 kilometers squared.

Korea's neighbors include Japan to the east, China to the west, and Democratic People's Republic of Korea (North Korea) across the northern border.

Enjoy traditional Korean culture by learning through direct experience: spicy Kimchi, delicious Bulgogi, the Korean martial art Taekgyeon and exciting Samulnori. The programs will help you understand cultural differences while learning the traditional culture and flavors of Korea. While you may not be familiar with the programs at first, it will quickly become a fun, exciting and fruitful opportunity for you and is sure to become a precious memory of time spent in Korea.

Korea has developed its own unique cuisines with both variety and taste. Kimchi is undoubtedly the best known food: it has been scientifically proven to be highly nutritious and many claim it as healthy and therapeutic food. Nowadays it is becoming a popular culinary item on dinner tables worldwide. Some of the most popular Korean dishes include "Bulgogi“ (grilled marinated beef or pork), "Galbi" (grilled barbequed Spare ribs), and of course “Bibimbab" (rice mixed with an assortment of lightly cooked vegetables and minced beef).